Project Objective: To adopt a common lexicon of terms to describe ATMS inputs that may be used by agencies throughout the corridor.

As part of this project three ATMS inputs were identified by the member agencies, a literature search/member scan was conducted, a common lexicon was prepared for review and was finalized with member input.  The following three specific sets of ATMS inputs were selected:

It is understood that the recommendations of this project may be considered aspirational for agencies and can be used as changes/improvements are made to their relevant systems.  The following is an overview of how the ATMS Inputs may be used and their intended benefit. Conclusions
The member project team along with the Coalition collaborated to create a set of inputs that would be used by New Hampshire, Vermont and Maine as part of their Tri-state ATMS. The agencies are implementing the Road Weather Conditions’ Descriptions according to their respective current capabilities.  They have begun implementing the recommended critical timeline elements in conjunction with their efforts on the FHWA EDC 4 TIM initiative.  The Agencies plan to use the reliability reporting standards as guidance in future discussions. The full presentation on the ATMS inputs is found here Standardized Lexicon For ATMS Inputs – Presentation 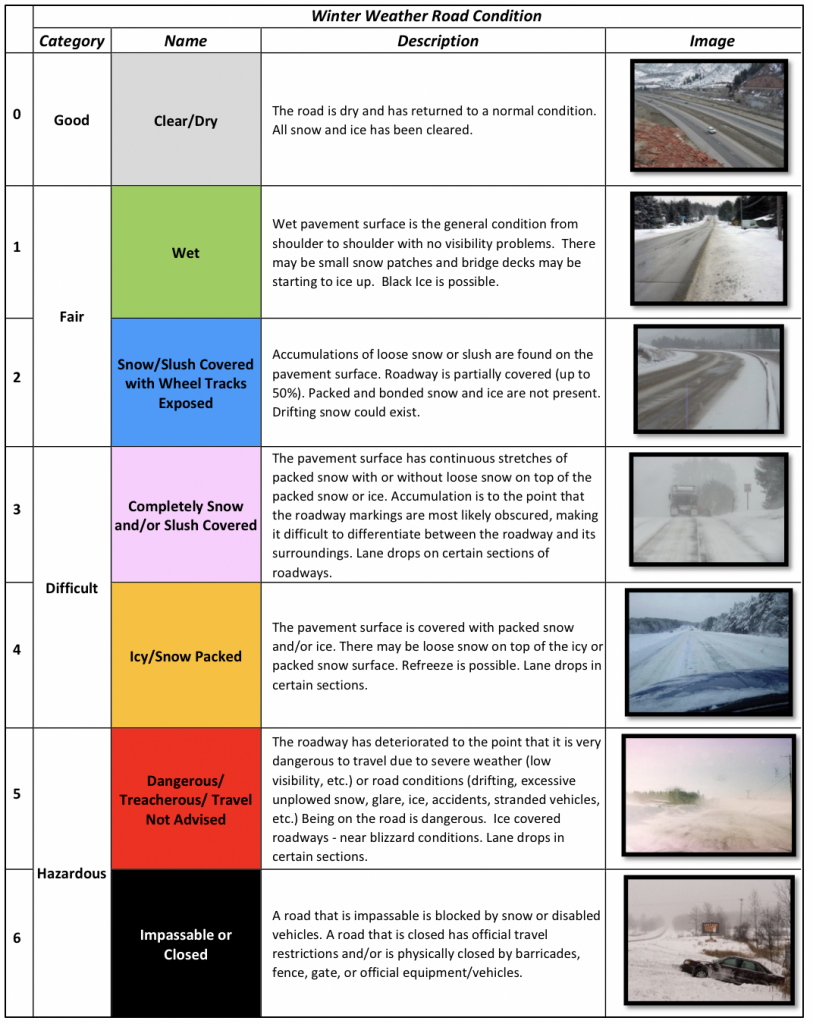 The identification and definition of timeline elements within an incident vary greatly between agencies.  The incident timelines for nine different agencies were mapped and compared.  Based on this comparison, recommended elements were identified and grouped into the following – Incident Awareness; Responders Dispatched; Responders Arrive; Responders Depart; All Lanes Available to Traffic Flow/Equipment gone from travel lanes and shoulder.  Details were identified for elements on the timeline as well as recommended additional data to be considered.

Communications systems and hardware/devices work hand-in-hand to enable the ITS for the transportation network. The communications network must be up for devices (CCTV, DMS, VSL and a variety of sensors) to be effective. Common timescales for percent uptime and common percentiles for equivalent downtime were reviewed by the project team. Proposed minimum uptime and recommended reporting frequency were identified and approved by the member project team for both communications systems and hardware/devices (CCTV, DMS, VSL).